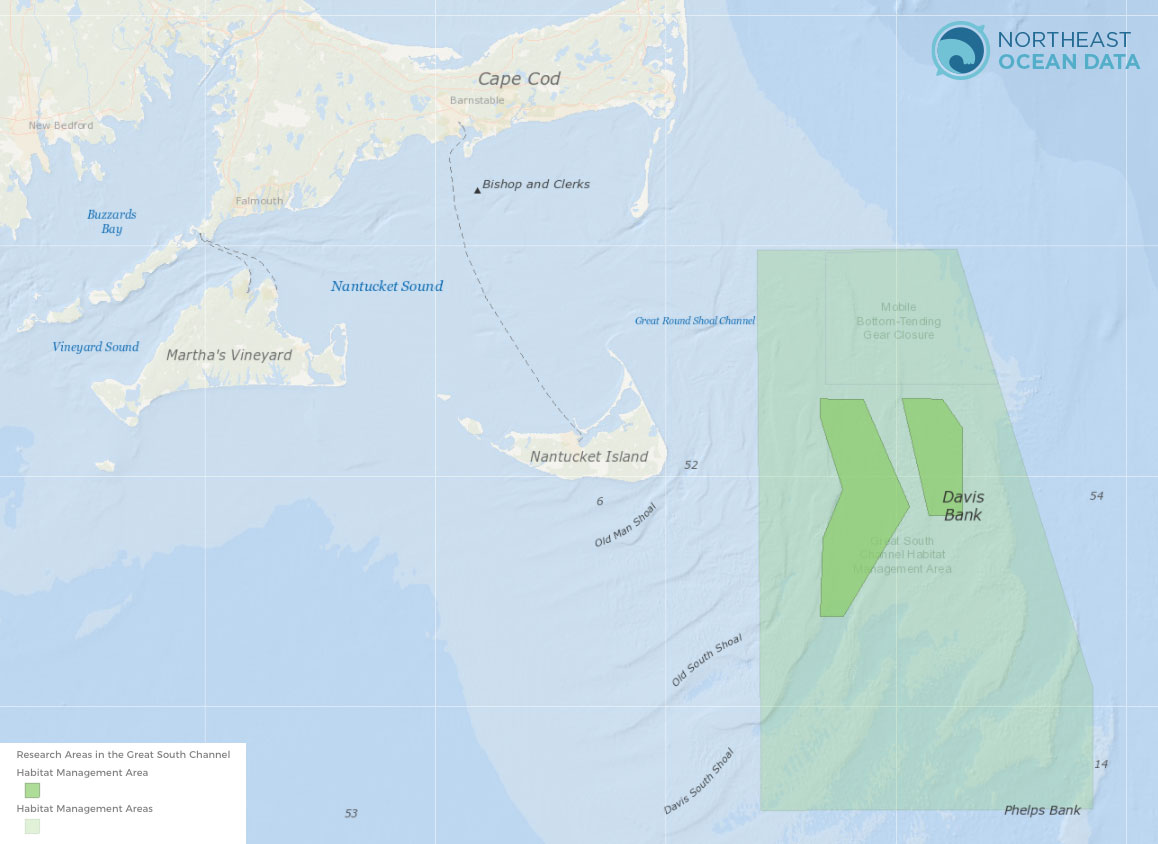 In June 2019, the NEFMC adopted Research Objectives for the Great South Channel Habitat Management Area (GSC HMA). The Council’s intent was that both fishermen and scientists would work toward obtaining better information to define where Atlantic surf clams and mussels can be harvested without impacting sensitive fish habitat in those areas.

Rose and Crown and Davis Bank East are the names of the two areas that were identified by the Council where research could be conducted. Both areas have Atlantic surf clams in harvestable quantities, and the Rose and Crown area is known to have mussel beds. Overall, little is known about the mussel resource in the GSC HMA, and beds may be present in the Davis Bank East area as well. Both areas have structured benthic habitats of interest from a conservation perspective. Four objectives, management applications, and a research framework for these areas are described in the Council’s Research Objectives for the Great South Channel Habitat Management Area document. 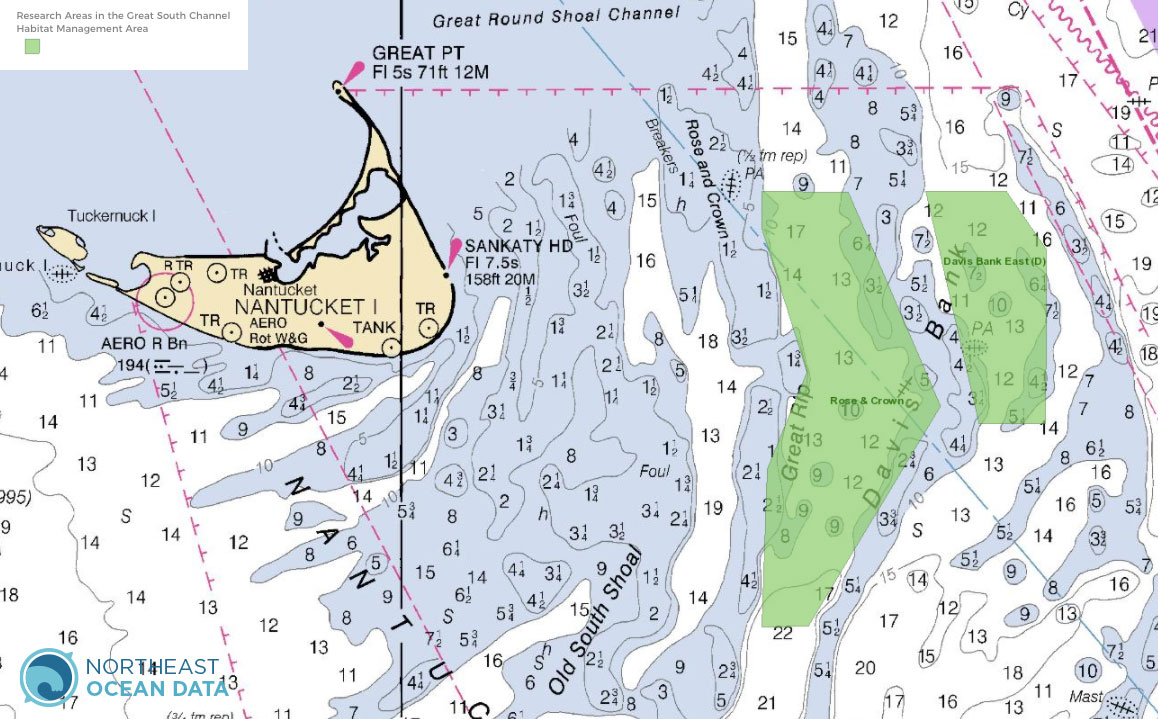 Screenshot of the two Research Areas.