The New England Fishery Management Council created the Great South Channel HMA as part of its Omnibus Habitat Amendment 2, which prohibited the use of all mobile bottom-tending fishing gear in the area. The HMA contains complex benthic habitat that is important for juvenile cod and other groundfish species, but also susceptible to the impacts of fishing. The Council developed the Clam Dredge Framework to evaluate options for allowing continued surfclam fishery access to nonsensitive habitat in the HMA, considering a variety of areas where fishermen could continue to fish year-round or seasonally.

Throughout the analysis, areas under consideration by the Council’s Habitat Planning Development Team were made available in the Northeast Ocean Data Portal. Since December 2018, the Final Council Preferred Alternatives for these proposed exemption areas were available in the Portal under Draft Alternative Management Areas in the Data Explorer. As part of the same action, the Council identified two other areas in the HMA that would be prioritized for research, which are described in the Council’s Research Objectives for the Great South Channel HMA, and will soon be updated in the Portal. 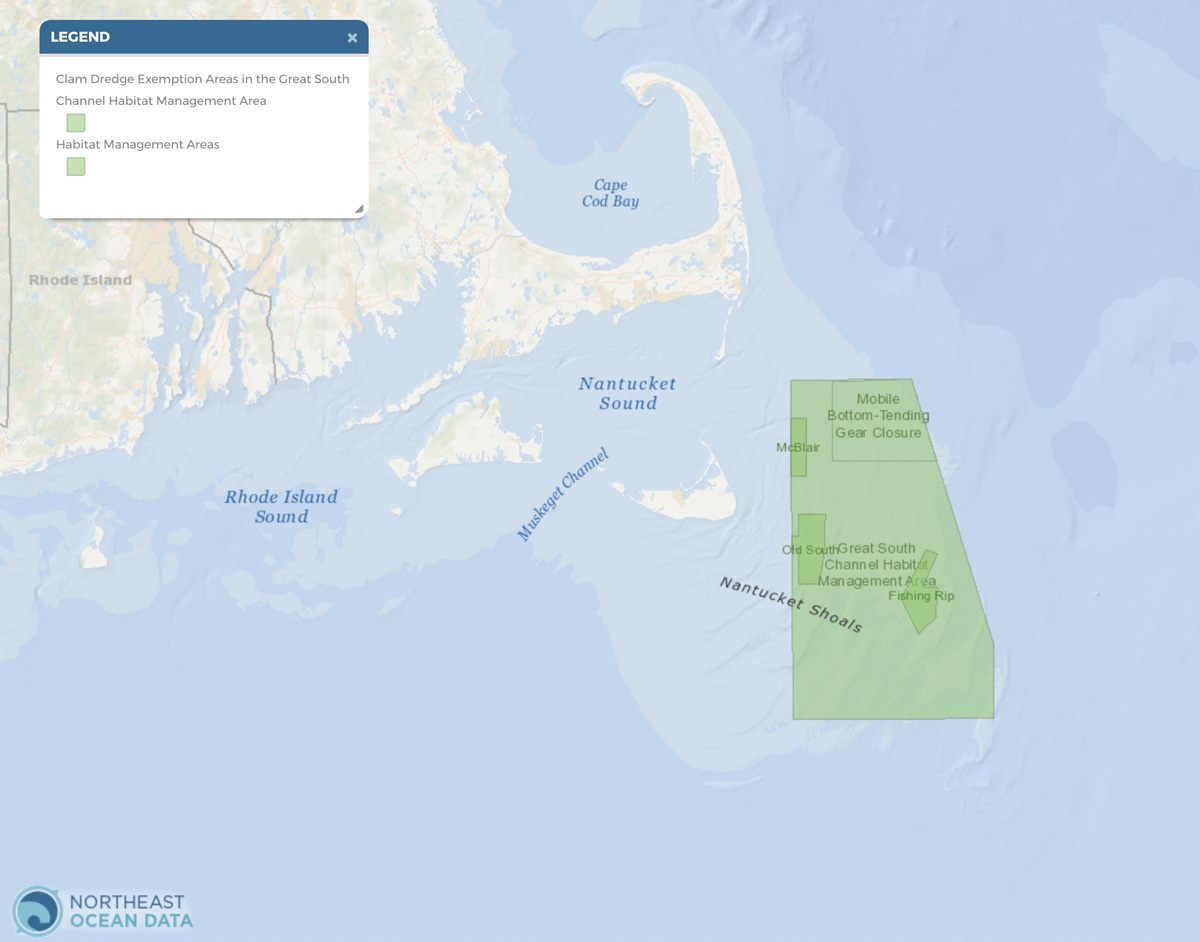