As described in BOEM’s Final Sale Notice (FSN), the auction will allow offshore wind developers to bid on six lease areas—the most areas ever offered in a single auction. Leases offered in this sale could result in 5.6 to 7 gigawatts of offshore wind energy, enough to power nearly two million homes.

Geospatial data for the New York Bight FSN areas can also be downloaded directly from BOEM. 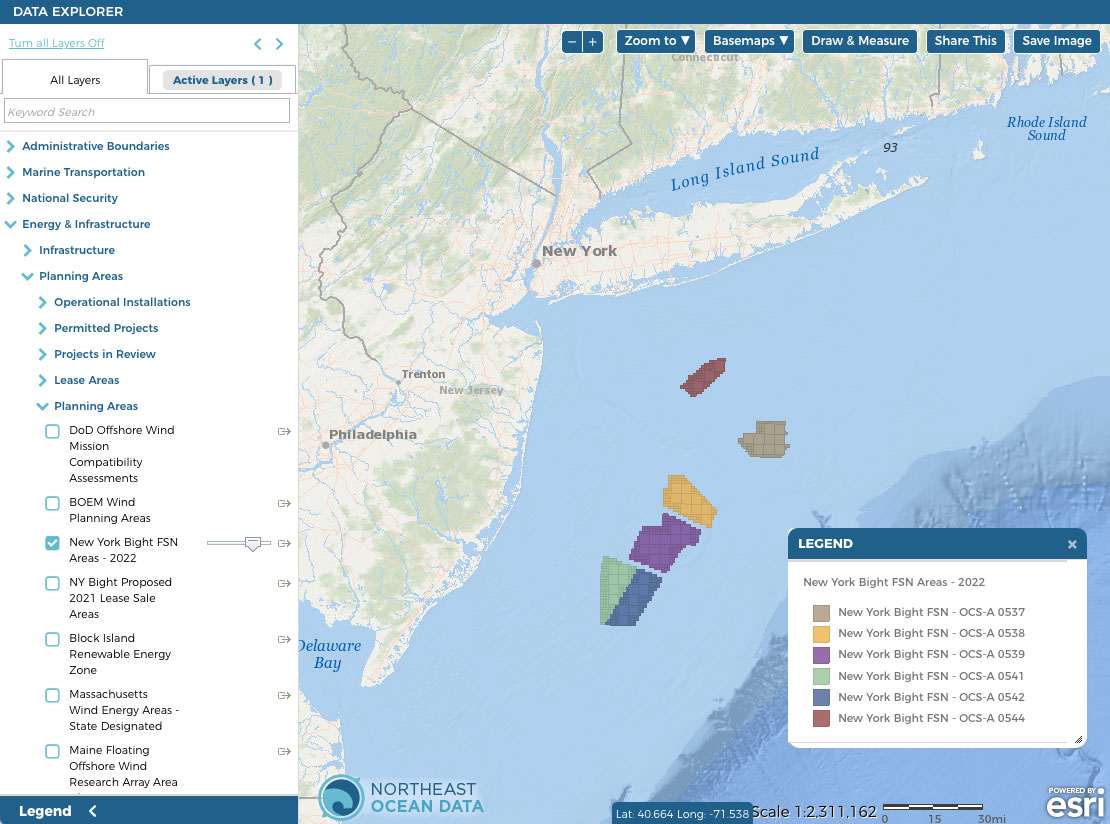