The data are derived from The Nature Conservancy’s (TNC) 2018 Secured Lands dataset, which can be found in its entirety for 18 eastern US states on the TNC website. On the Portal, the updated Parks and Reserves layer can be found in the Cultural Resources and Recreation theme maps or in the Data Explorer under both Cultural Resources and Recreation. The Parks and Reserves layer can be viewed on a map together with boundaries of National Parks from the National Park Service to show a more complete picture of national, state, and municipal parks and reserves. 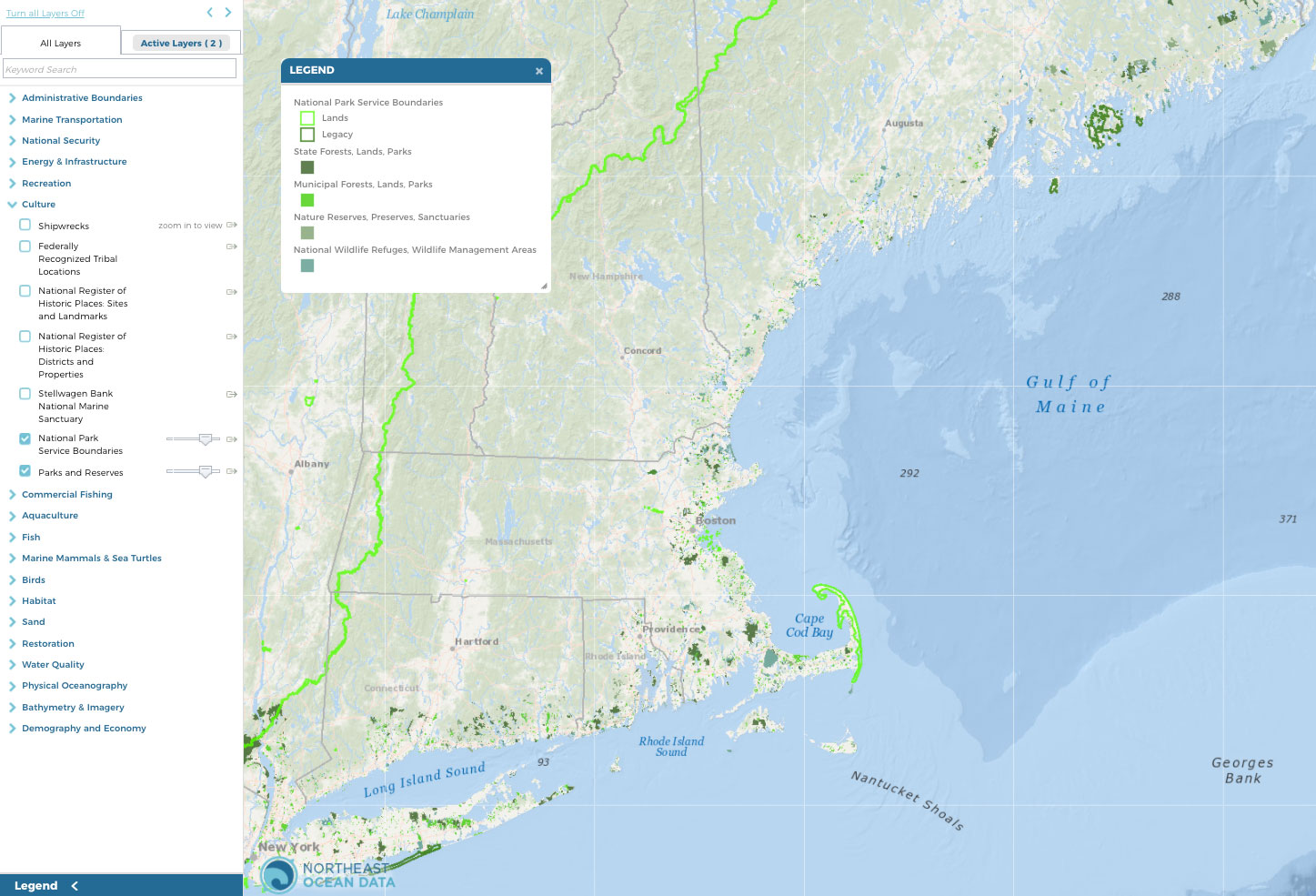