The Northeast Ocean Data Portal, in coordination with the Marine-life Data and Analysis Team (MDAT), the NOAA Northeast Fisheries Science Center (NEFSC), OceanAdapt, and the Mid-Atlantic Ocean Data Portal, announce the release of updated maps depicting the distribution and biomass of fish species in the northeastern U.S. continental shelf ecosystem.

Today’s update builds on Version 3 and incorporates the most recent data from the NOAA NEFSC Ecosystems Surveys Branch so that the regional fish biomass products in the Portals now represent a complete decade of federal trawl survey data. The resulting data products represent average annual biomass for each of 81 species in fall and spring from 2010-2019. All of the Species Group products (such as Total Biomass and Species Richness for All Species, Ecological Groups, Managed Species, and Stressor Groups) have also been updated. All products are available in the Fish theme map and in the Data Explorer under Fish by clicking “View individual species” and “Observed biomass (MDAT)”. 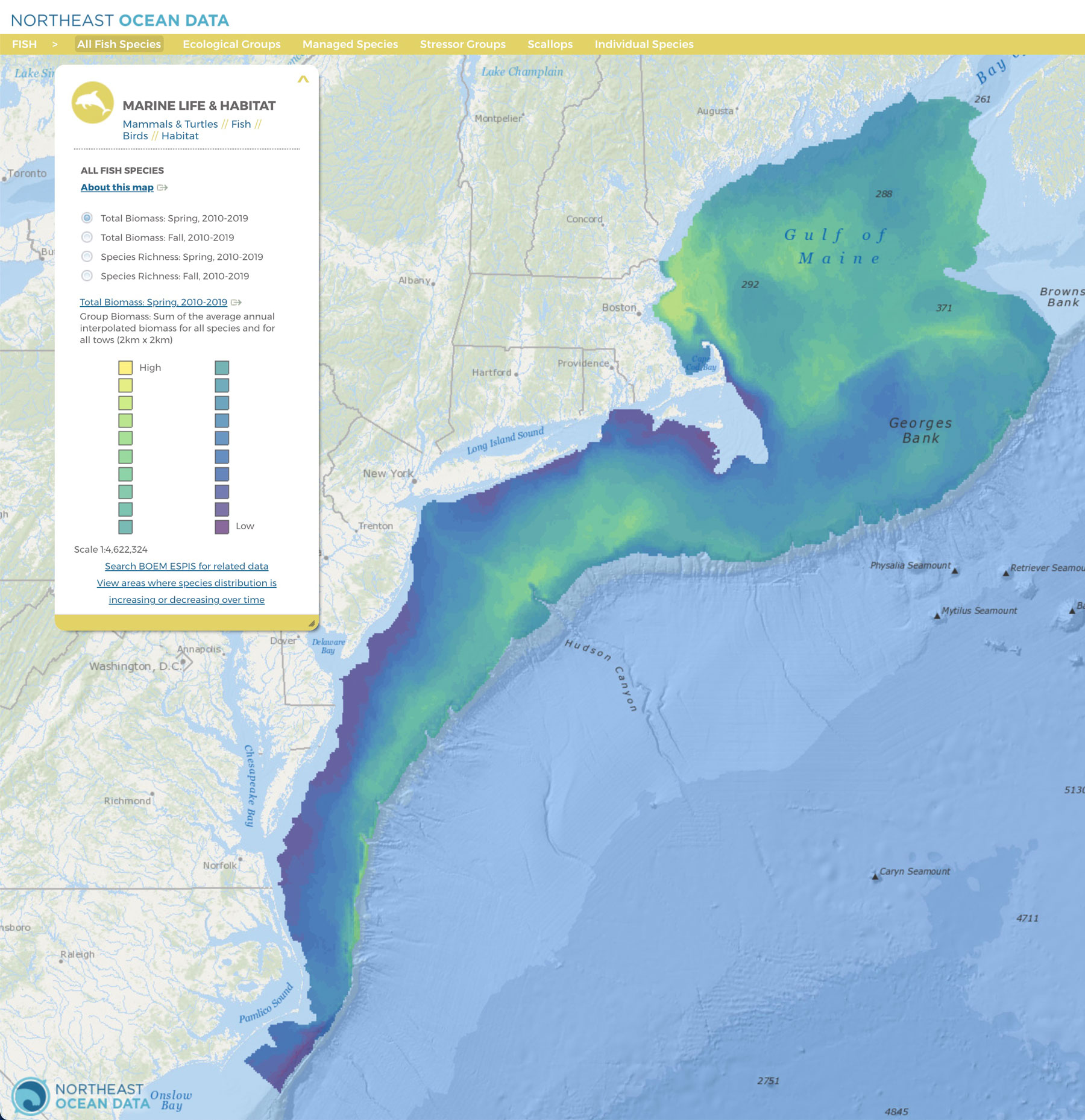 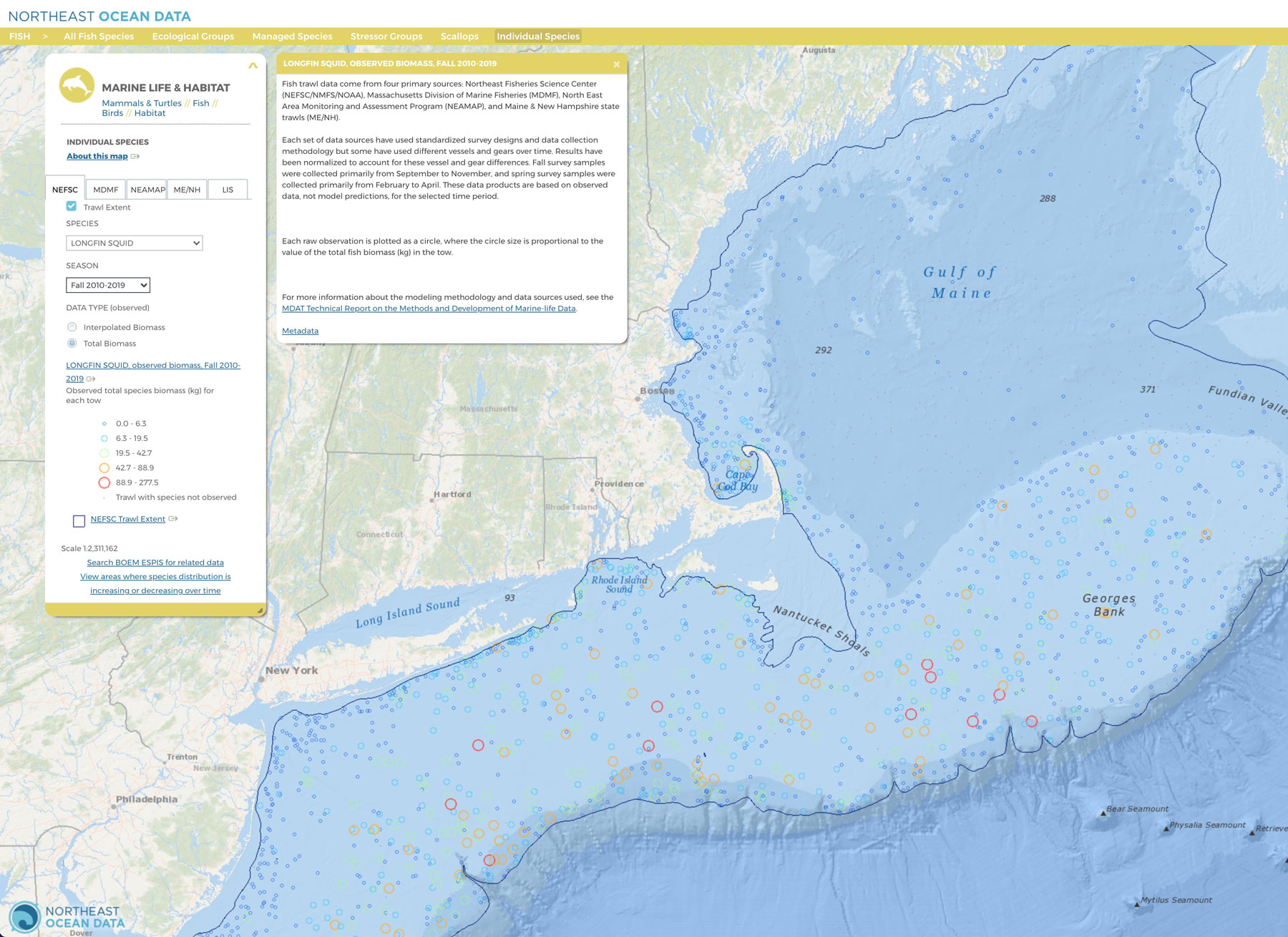 As with previous versions, these updated fish data products address feedback from NROC-MARCO Marine Life Work Group members and other stakeholders by continuing to use NEFSC methods and code, standardizing legends so that seasons for each species/group can be compared, and maintaining high spatial resolution (2 km grid size).

Data products for the individual state trawls and the NorthEast Area Monitoring and Assessment Program (NEAMAP) were not updated as part of this release. For a detailed description of fish data product updates, see MDAT Fish Product Updates Summary of Changes (September 2021).

For tips on how to access the thousands of layers in the marine life library, view these marine life tutorials: