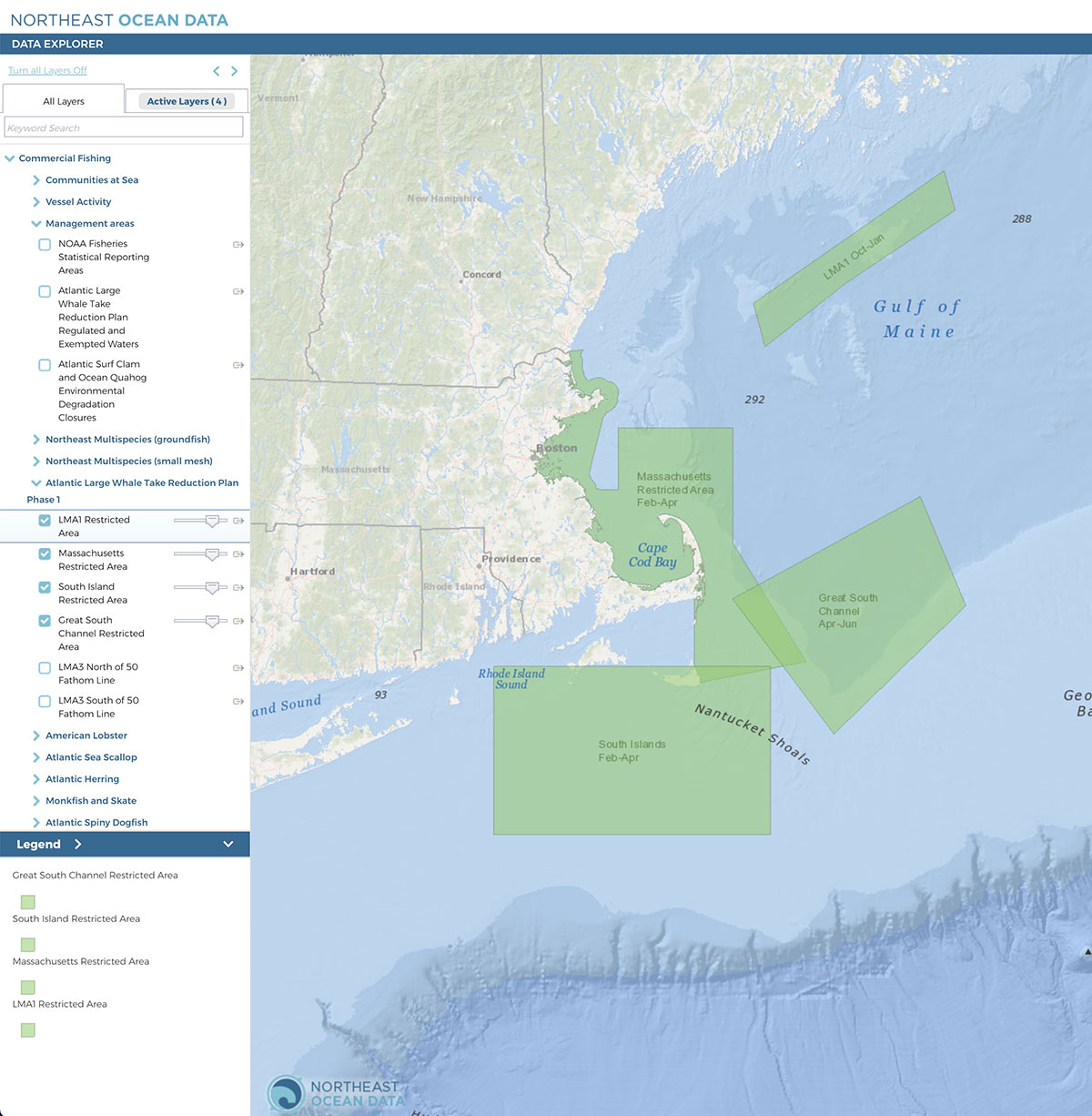 In August 2021, NOAA Fisheries announced the final rule to modify the ALWTRP, which is expected to reduce mortalities and serious injuries from fishing gear to North Atlantic right whales, humpback whales, and fin whales. The final rule was published in the Federal Register on September 17, 2021.

The gear modifications required by the rule are effective May 1, 2022, which is the start of the American lobster/Jonah crab fishing year. In addition to gear modifications, two new seasonal restricted areas have been added: The LMA 1 Restricted Area would be closed to buoy lines from October through January. The South Island Restricted Area would be closed to buoy lines from February through April. On October 16, 2021, Maine Federal District Court Judge Lance E. Walker issued an Order on Motion for Temporary Restraining Order and Preliminary Injunction. This ruling only affects the LMA 1 Restricted Area; all of the other measures contained in the September 17, 2021 Final Rule will go into effect as planned. For more information, view the NOAA Bulletin regarding LMA1.