Bathymetry (depth) from Boston Harbor and Massachusetts Bay into offshore waters of the Gulf of Maine.

The Northeast Ocean Data Portal has released two new bathymetry map layers for the Gulf of Maine provided by the University of New Hampshire Joint Hydrographic Center/Center for Coastal and Ocean Mapping (UNH JHC/CCOM). The maps provide detailed depictions of seafloor topography off the coast of Massachusetts, New Hampshire, and Maine.

One map integrates data from a number of high-resolution multibeam sonar surveys, which varied in resolution from 50cm to 25m, into a common four-meter grid. It primarily covers the western Gulf of Maine from southern Maine to Cape Cod, extending from the coast to approximately 50 miles offshore. It also includes parts of Penobscot Bay and some deeper areas of the Gulf of Maine. Some of the major seafloor features shown on the map are Stellwagen Bank, Jeffreys Ledge, Platts Bank, Fippennies Ledge, and Cashes Basin.

The other map incorporates the high-resolution multibeam surveys plus older and lower-resolution data (40m) on a common eight-meter grid. This map covers most of the Gulf of Maine, as well as some areas south of Cape Cod and Rhode Island.

On both maps, the visualization is dynamic with the color scale representing shallow to deep automatically adjusting to the range of depths on the user’s screen.

These new bathymetry layers are available in the Bathymetry & Imagery category in Data Explorer. 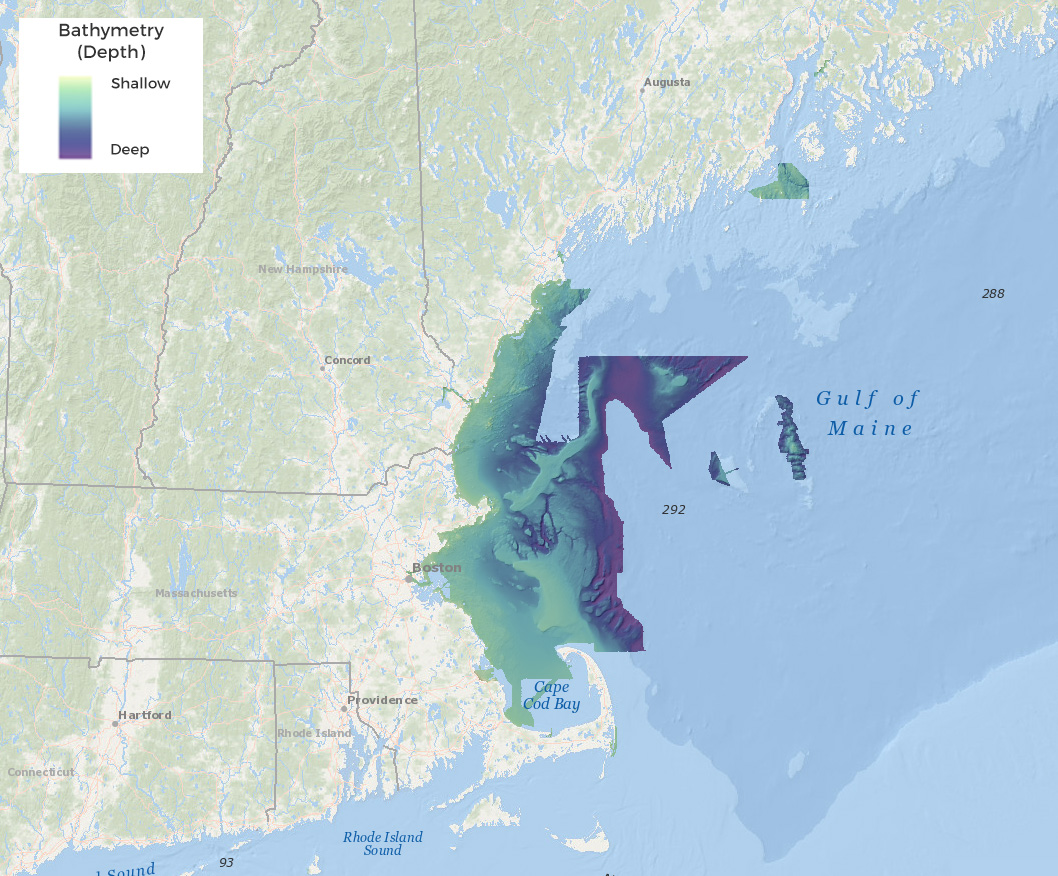 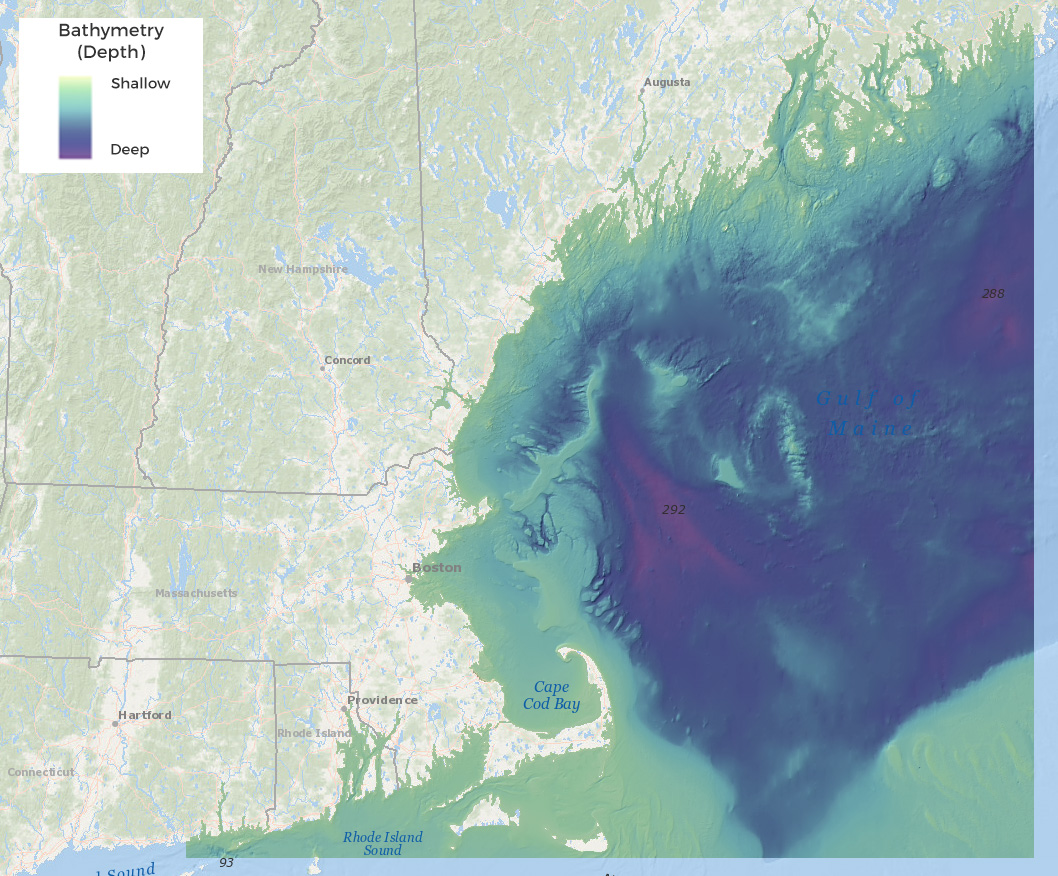 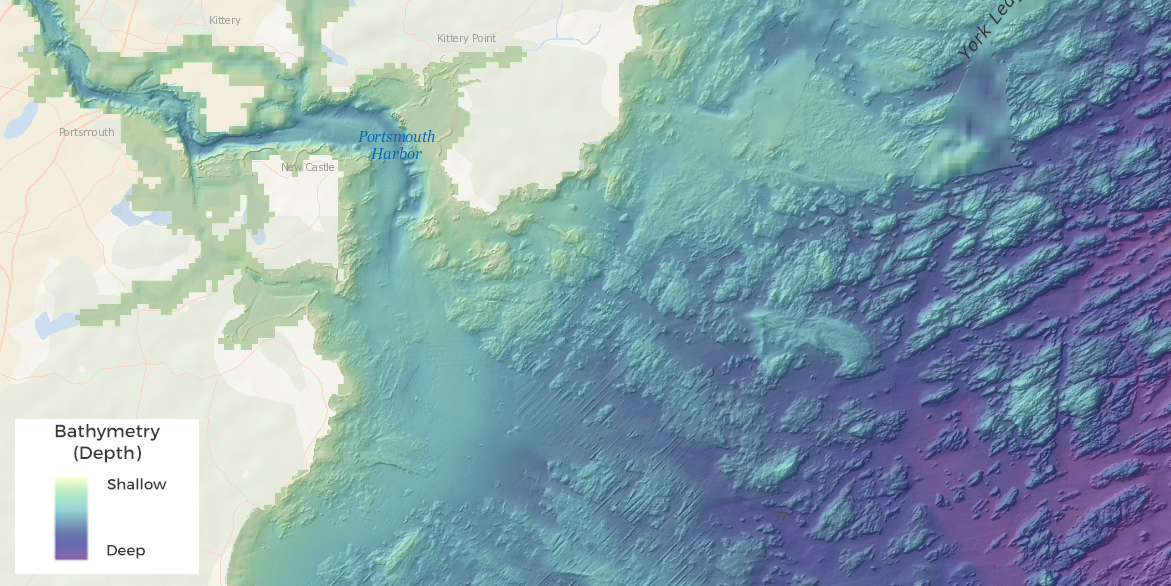 This map shows an example of how the color scale indicating depth (shallow to deep) automatically adjusts to the depth range shown on the user’s screen. In this case, the map is zoomed in to show only the vicinity of Portsmouth, New Hampshire, so that relatively shallow coastal waters are indicated with purple color.