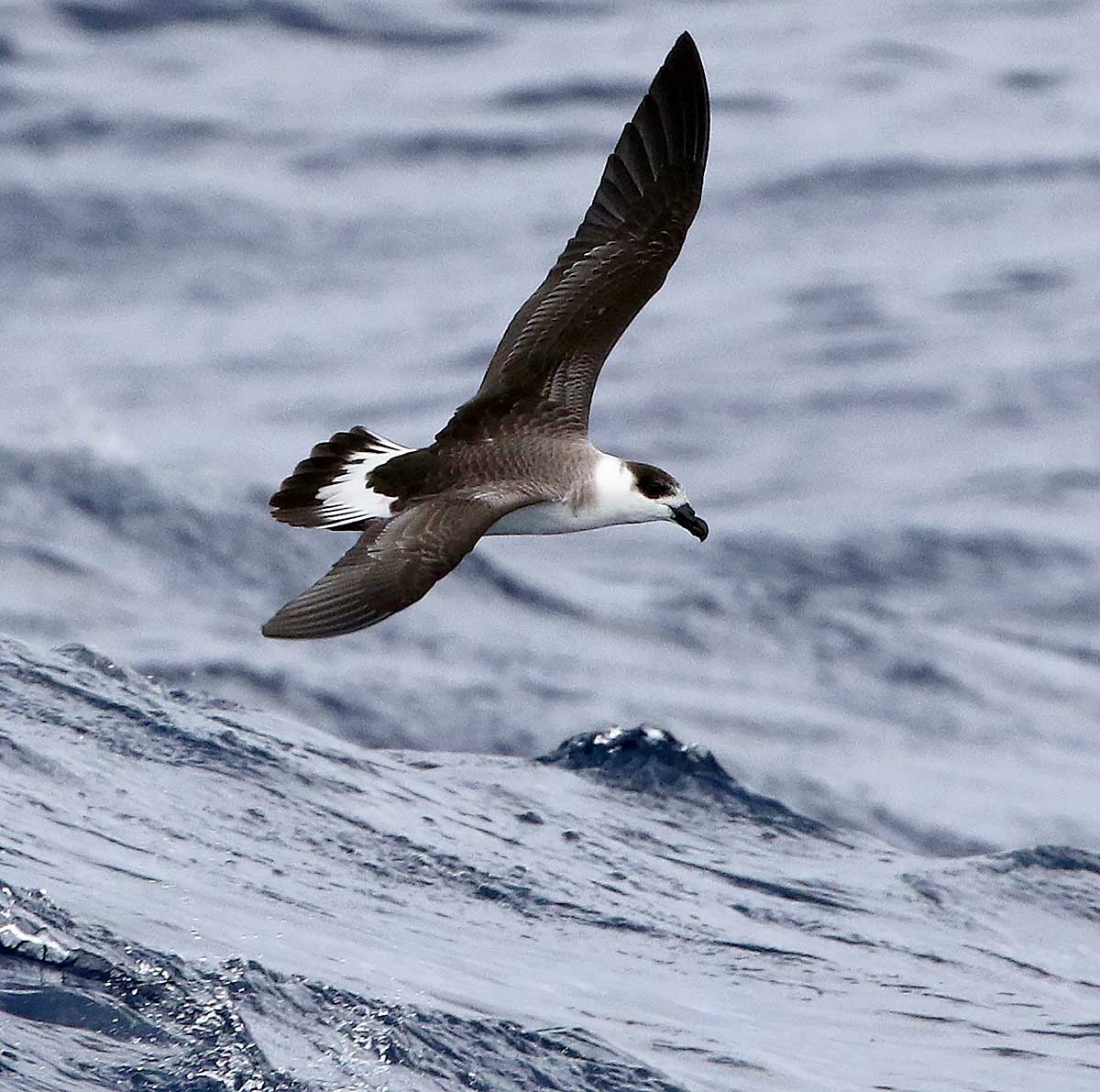 A new map layer depicting the first satellite tracks of the endangered black-capped petrel has been added to the Northeast Ocean Data Portal in collaboration with the US Geological Survey South Carolina Cooperative Fish and Wildlife Research Unit and the US Fish & Wildlife Service. Because of their low numbers, the distribution and abundance of endangered species can be difficult to map and model. Satellite tracking data provides a way for Portal users to better understand habitat and use areas of this species.

The black-capped petrel individual movement tracks layer shows the movement patterns of three black-capped petrels during their non-breeding season and can be accessed in the Data Explorer under Birds – Movement Information. The tracking data were collected by Patrick Jodice and colleagues for a study published in Endangered Species Research.

Launch Interactive Map
The black-capped petrel (Pterodroma hasitata) is an endangered seabird with fewer than 2,000 breeding pairs restricted to a few breeding sites in Haiti and the Dominican Republic. To date, use areas at sea have been determined entirely from vessel-based surveys and opportunistic sightings and, as such, spatial and temporal gaps in our understanding of the species’ marine range are likely.

For example, compare these three individual tracks with the species distribution map that is available under Birds – View Individual Species. The distribution map was produced by the Marine-life Data and Analysis Team (MDAT) using models based on thousands of at-sea observations over several decades. In general, there is agreement between the results of this tracking study and the MDAT summer model results for this species. However, it is clear from the MDAT Unsurveyed Area overlay (grey hatched layer) that the satellite tracks for black-capped petrel occurred primarily in areas where birds have not been surveyed extensively by ship or airplane. The location data derived from satellite tags also suggest a more spatially expansive range than the model outputs, including regular occurrence east of the Gulf Stream and outside the model domain. 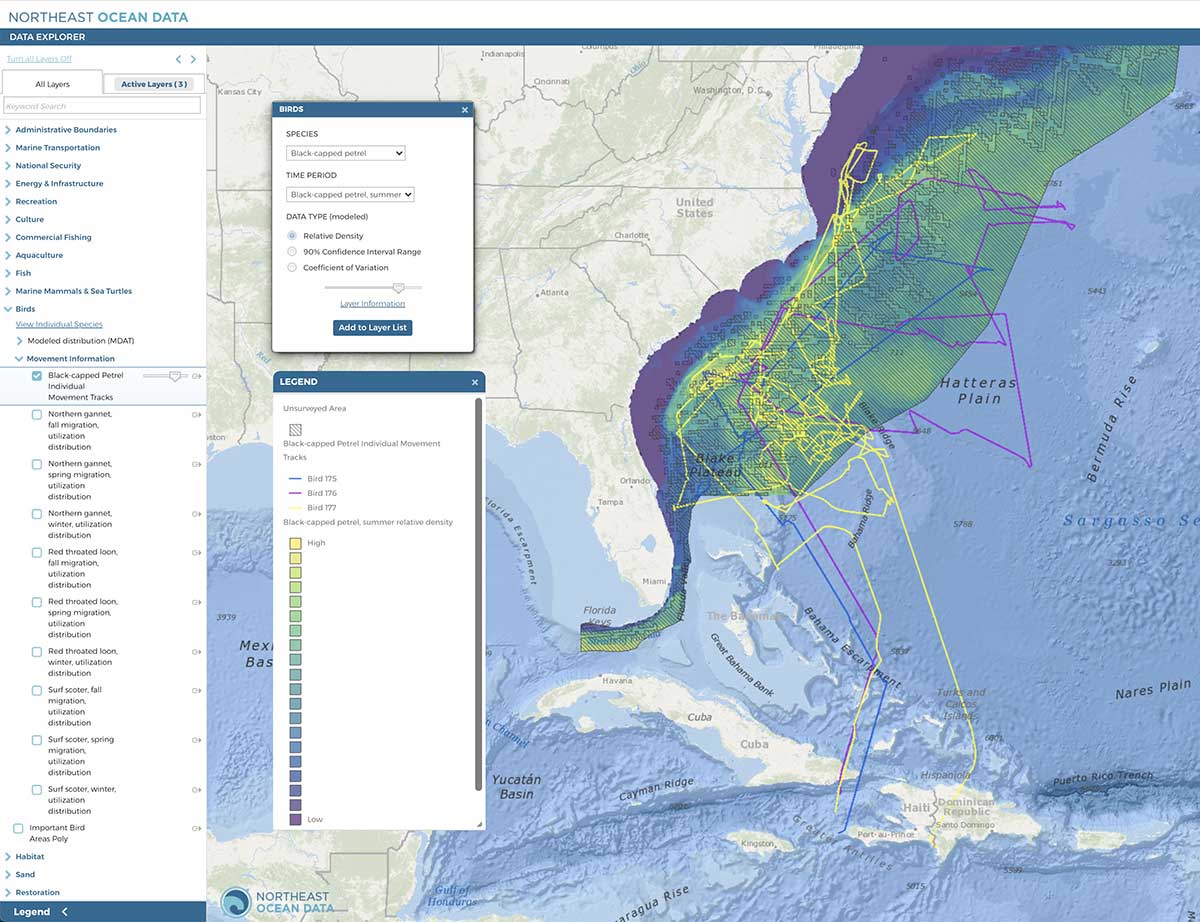