A northern gannet with an implanted satellite transmitter being released in Delaware Bay, Maryland, with the protruding antenna clearly visible on the lower back. (Photo: J. Fiely and C. Gray/Biodiversity Research Institute)

In partnership with the US Fish & Wildlife Service (USFWS) and the Bureau of Ocean Energy Management (BOEM), Northeast Ocean Data announces the release of the first species movement information data products on the Portal.

These new layers represent some of the results of a study to determine fine-scale use and movement patterns over the course of five years (2012–2016) for the three species in Federal waters of the mid-Atlantic US. To accomplish the study, scientists fitted over 400 birds with a device that tracked movements over a period of time. These species are each found in relatively large numbers and represent a cross-section of marine birds within mid-Atlantic US waters during this time period. They are all considered species of conservation concern and also exhibit traits that may make them vulnerable to the adverse effects of offshore wind development. For more detailed information about the study, read the report to the BOEM Environmental Studies Program.

The new data products and their underlying data differ from other marine life data available on the Portal, and users are urged to interpret the data with these differences in mind. For example, the diving bird movement data products reflect a smaller sample size than the Marine-life Data and Analysis Team (MDAT) predictive distribution and abundance models for birds. This study sampled approximately 400 individuals over five years whereas the MDAT models reflect thousands of observations over several decades. Another difference is that the MDAT bird models do not cover Long Island Sound, Delaware Bay, Chesapeake Bay, and other nearshore or estuarine areas, which were found to be heavily utilized by the three species in this study. In general, however, there is agreement between the results of this tracking study and the MDAT models in the distributions of all three species in winter.

The new movement information for diving birds can be accessed in the Data Explorer, under the Birds category. 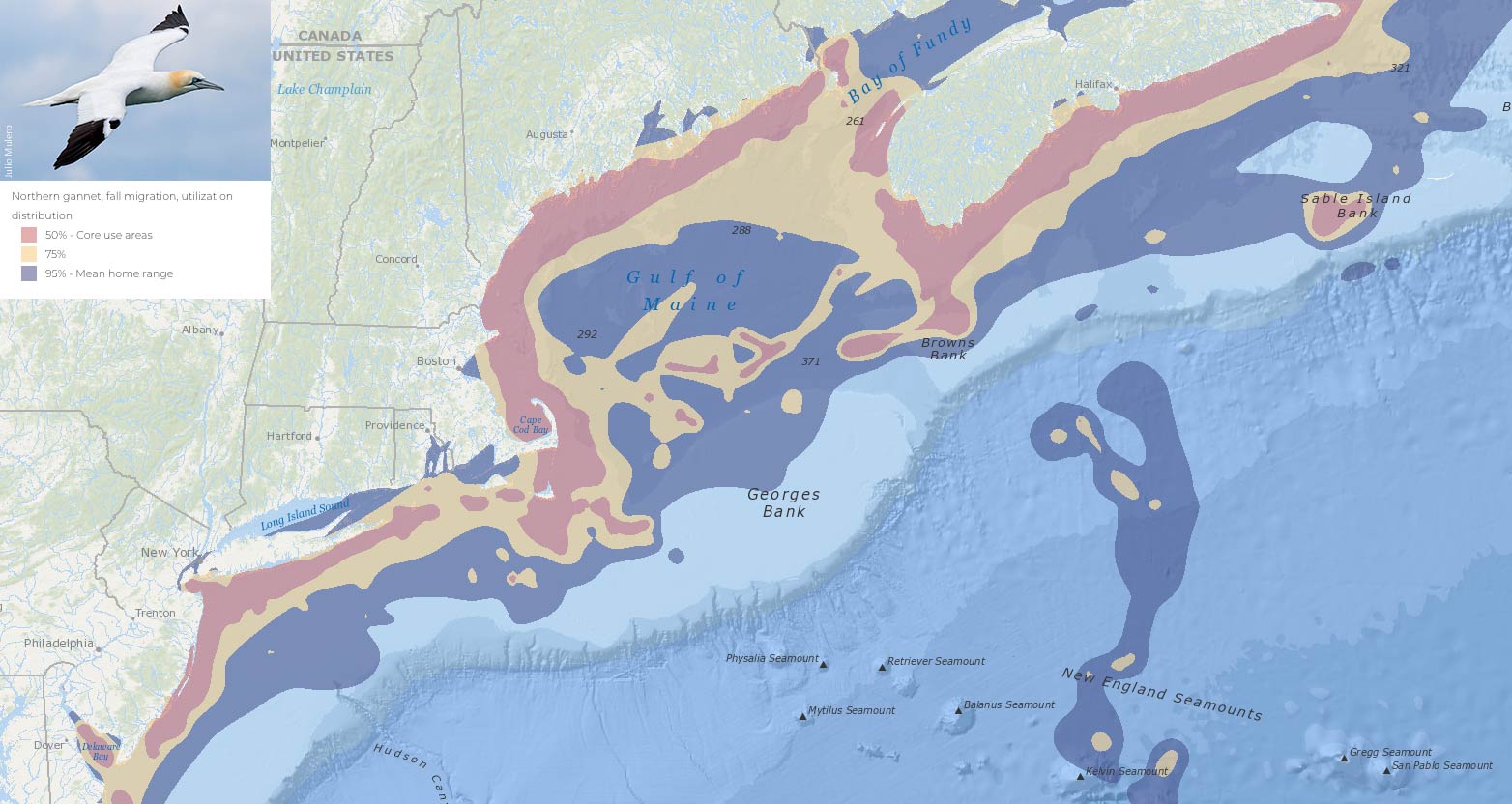 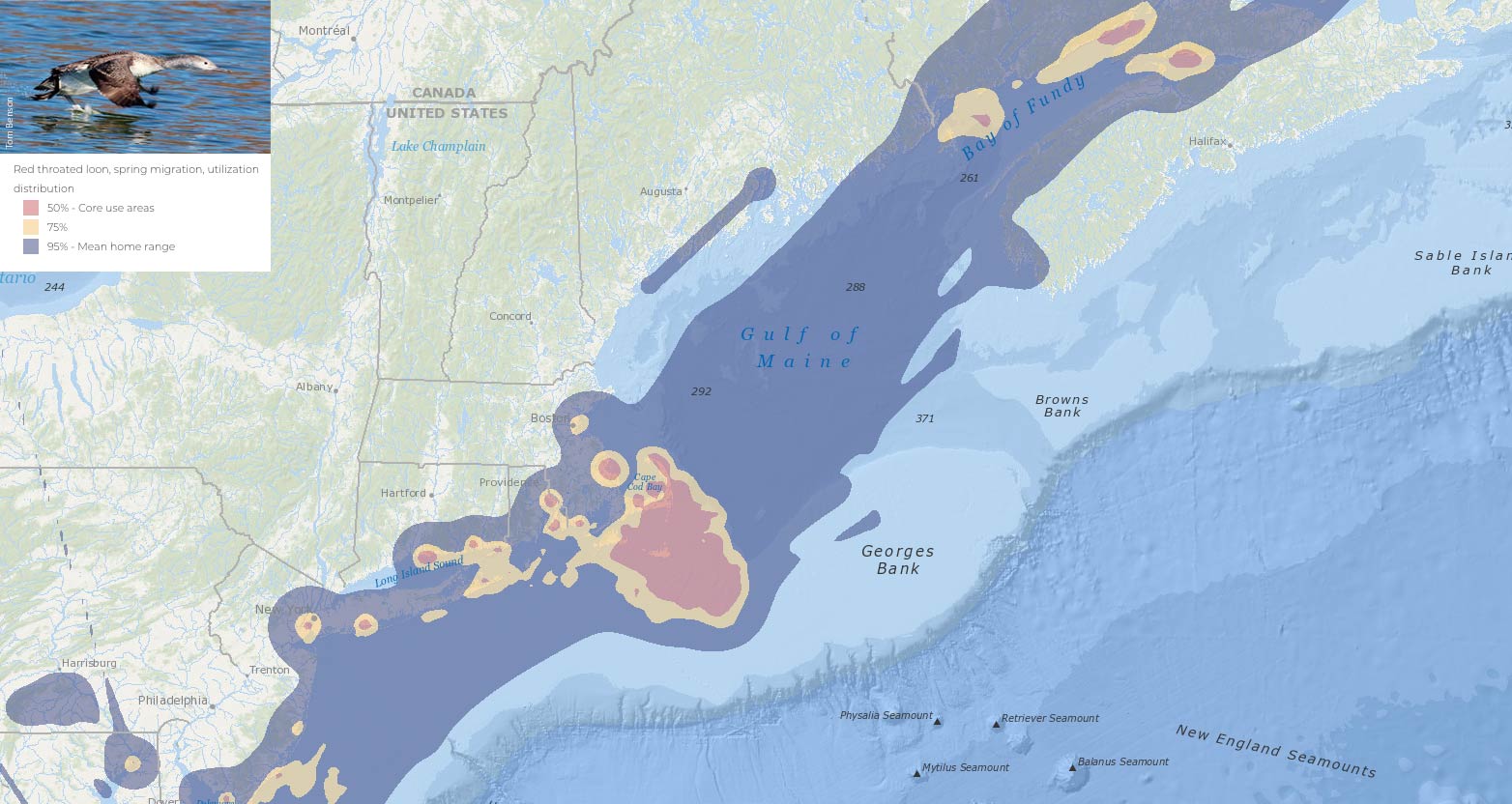 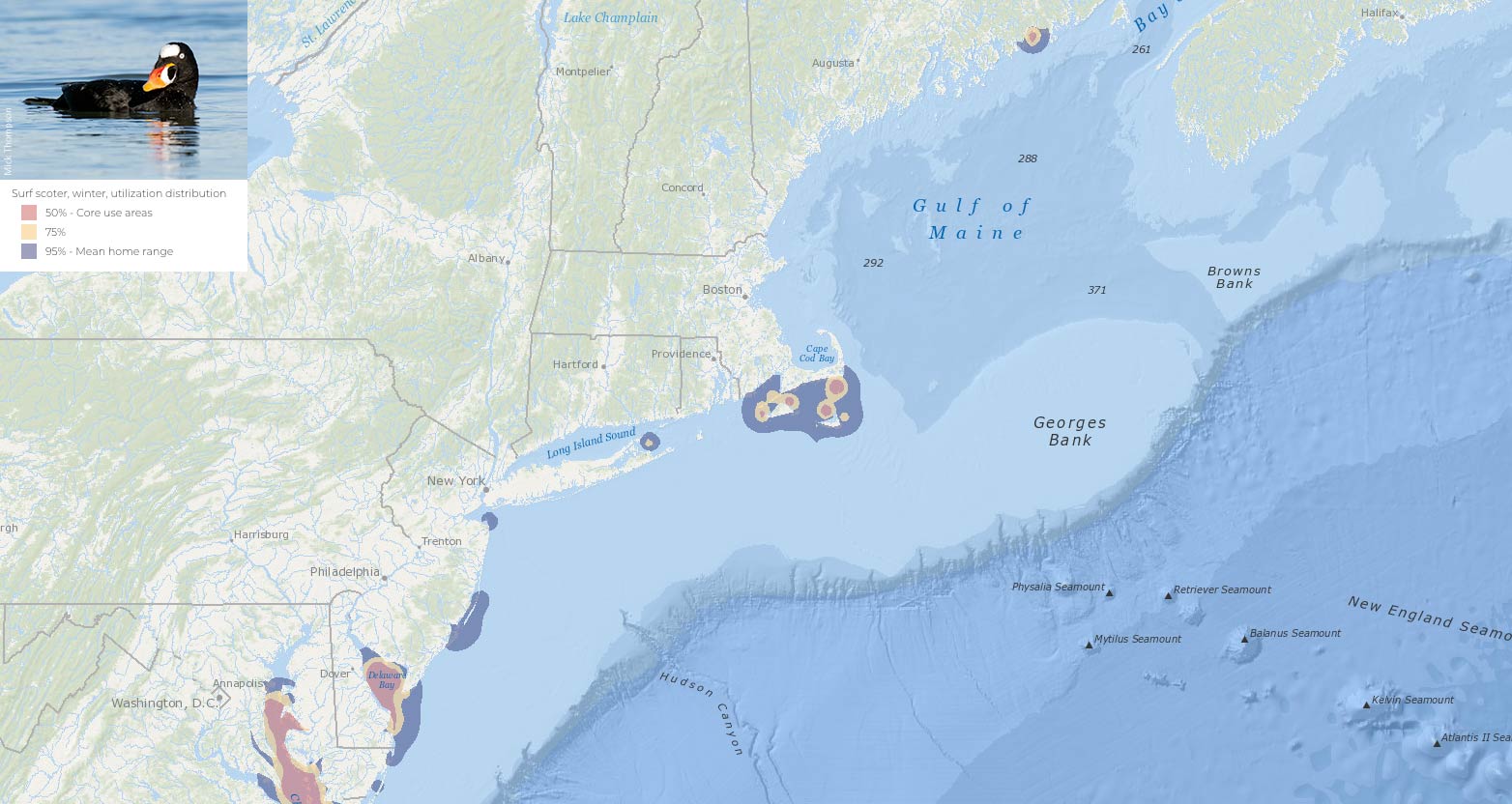 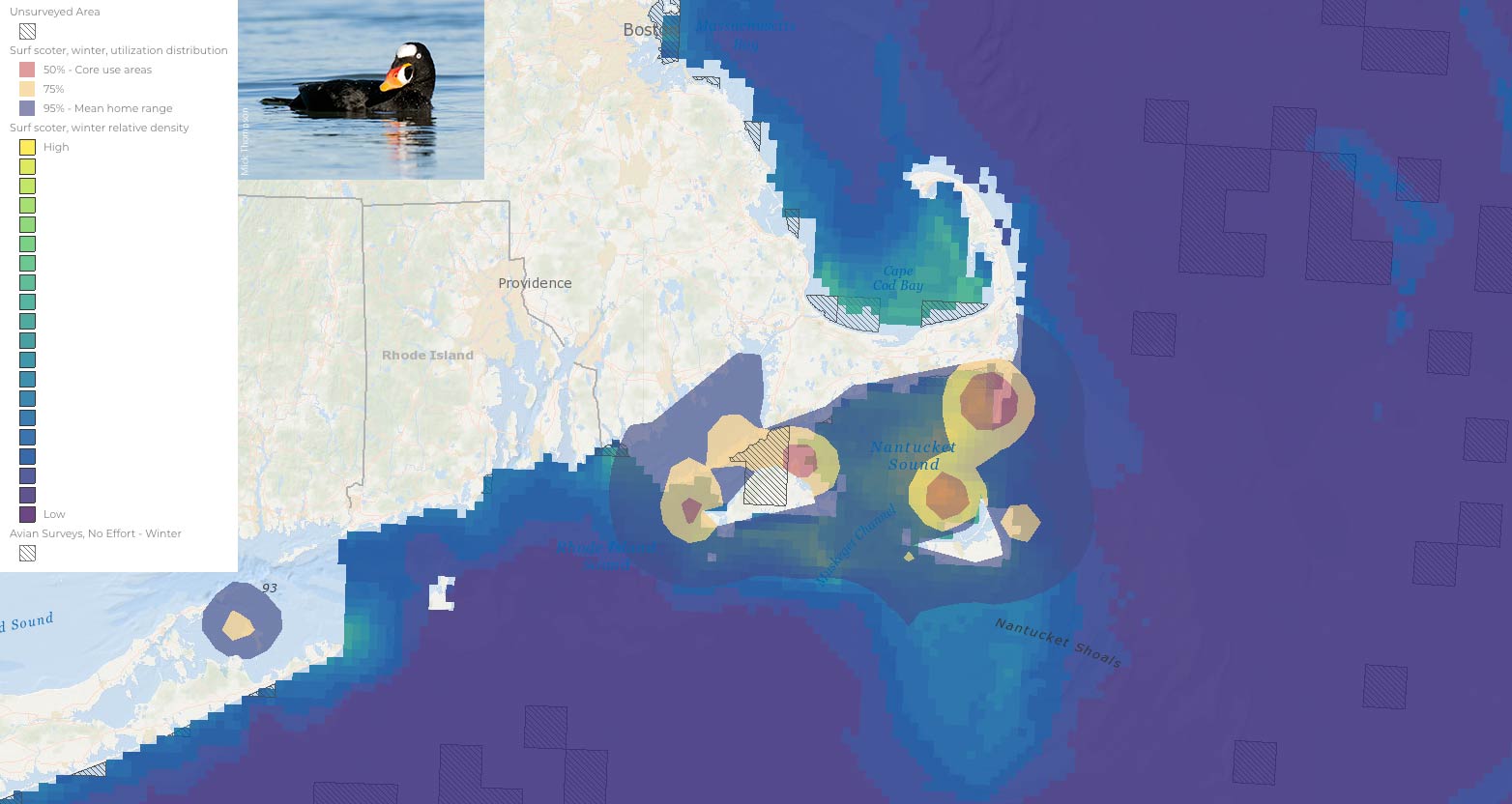