Glacial moraines are important habitat areas for a diversity of fish and other marine plants and animals because of their relative structural permanence and structural complexity. Glacial moraines create a unique bottom topography that allows for habitat diversity and complexity, which allows for species diversity in these areas and creates environments that exhibit some of the highest biodiversity within the entire Ocean SAMP area. The RI CRMC also recognizes that because glacial moraines contain valuable habitats for fish and other marine life, they are also important to commercial and recreational fishermen. Accordingly, the RI CRMC designated glacial moraines as identified in the Ocean SAMP as Areas of Particular Concern. 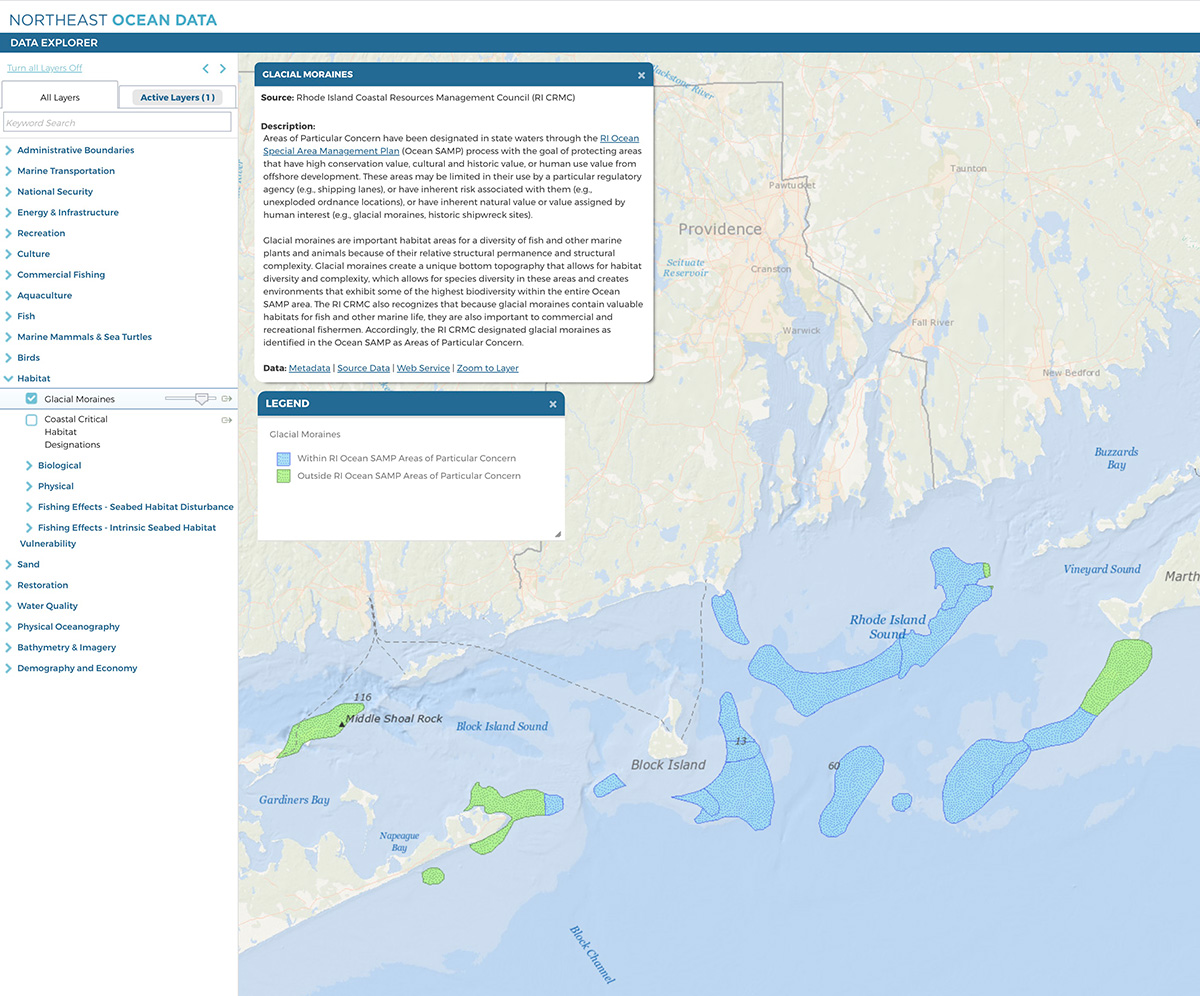 Portal users can access the new layer in the Data Explorer under Habitat. The layer differentiates between glacial moraines within the RI Ocean SAMP Areas of Particular Concern as well as moraine features to the east and west that lie outside of the RI Ocean SAMP area. Users can download these data by visiting the Portal’s Data Download page.