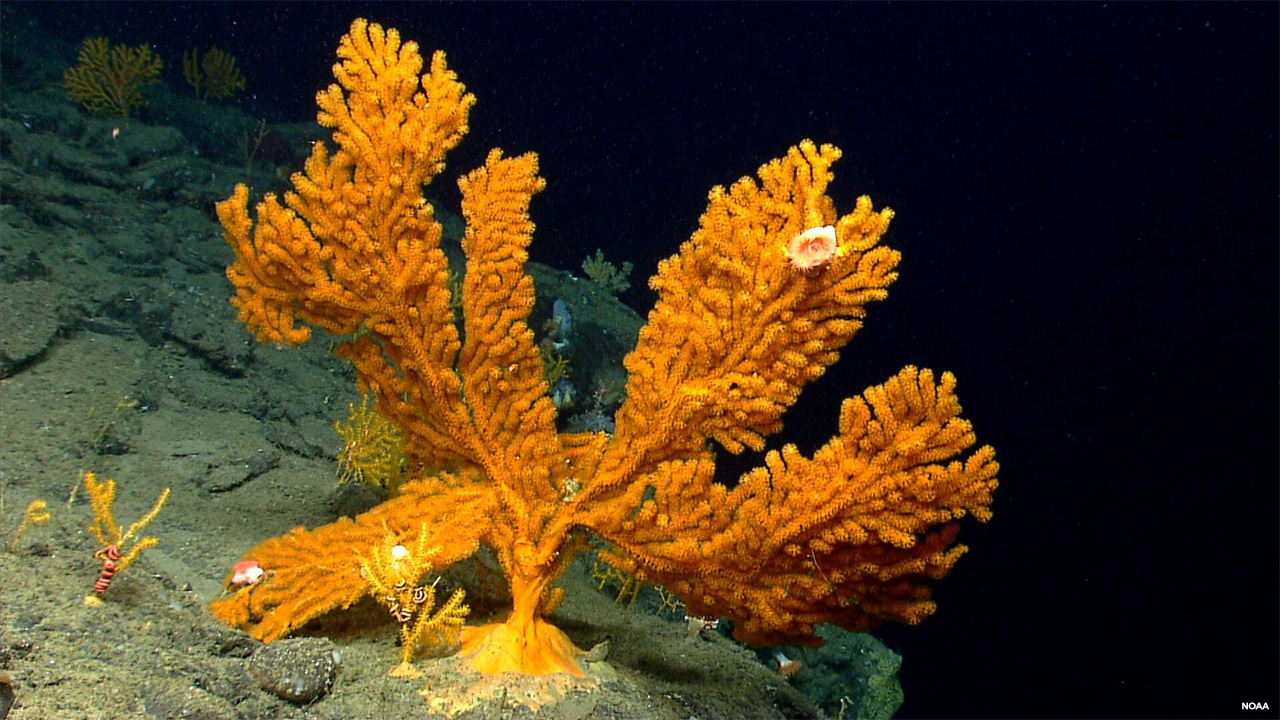 Northeast Ocean Data has updated its Data Explorer interactive map to show the Coral Protection Zones selected by the New England Fishery Management Council (NEFMC) to be included in the Omnibus Deep-Sea Coral Amendment. The Coral Protection Zones include two areas in the northern Gulf of Maine and a large area in waters deeper than 600 meters south of Georges Bank.

Deep-sea corals are fragile, slow-growing organisms that play important roles in the marine ecosystem, including as habitat for commercially important fish species. The NEFMC conducted a multi-year process to identify areas inhabited by deep-sea corals with the intent to reduce impacts on these organisms while also considering potential impacts to fishing stakeholders.

After extensive debate, the Council voted to include three coral protection zones in the Omnibus Deep-Sea Coral Amendment, which will be submitted later this year to the National Marine Fisheries Service for review and approval:

To view the three Coral Protection Zones and the Dedicated Habitat Research Area on the Data Explorer map: