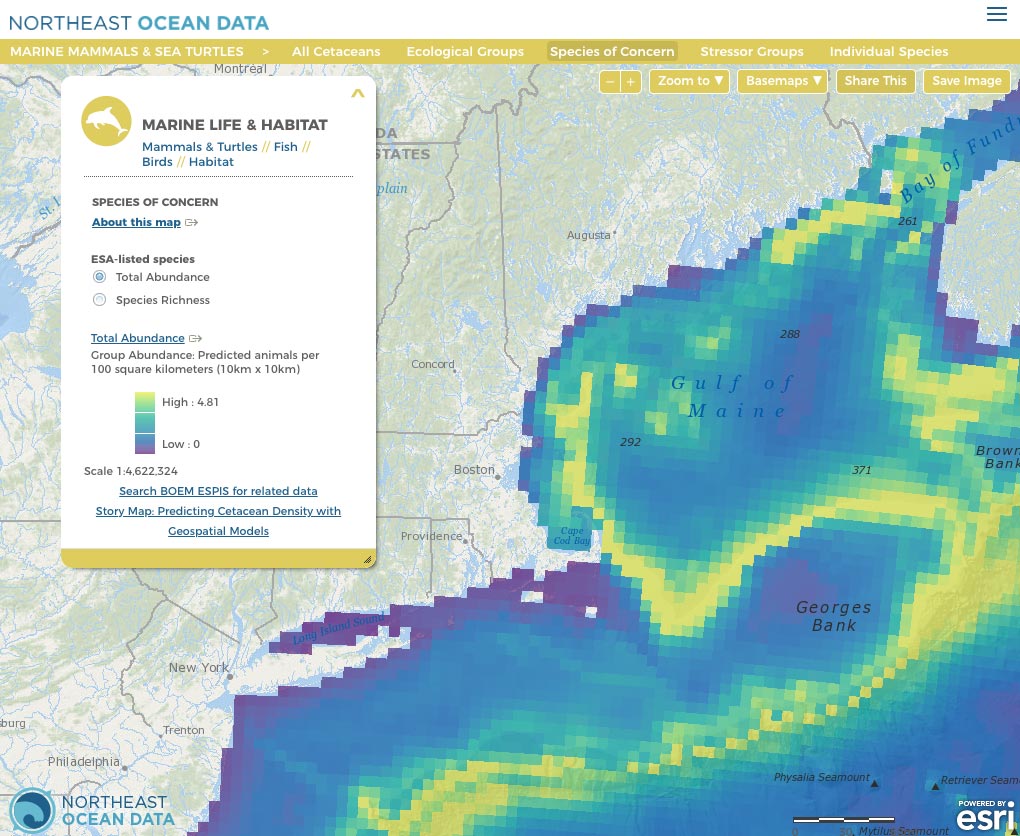 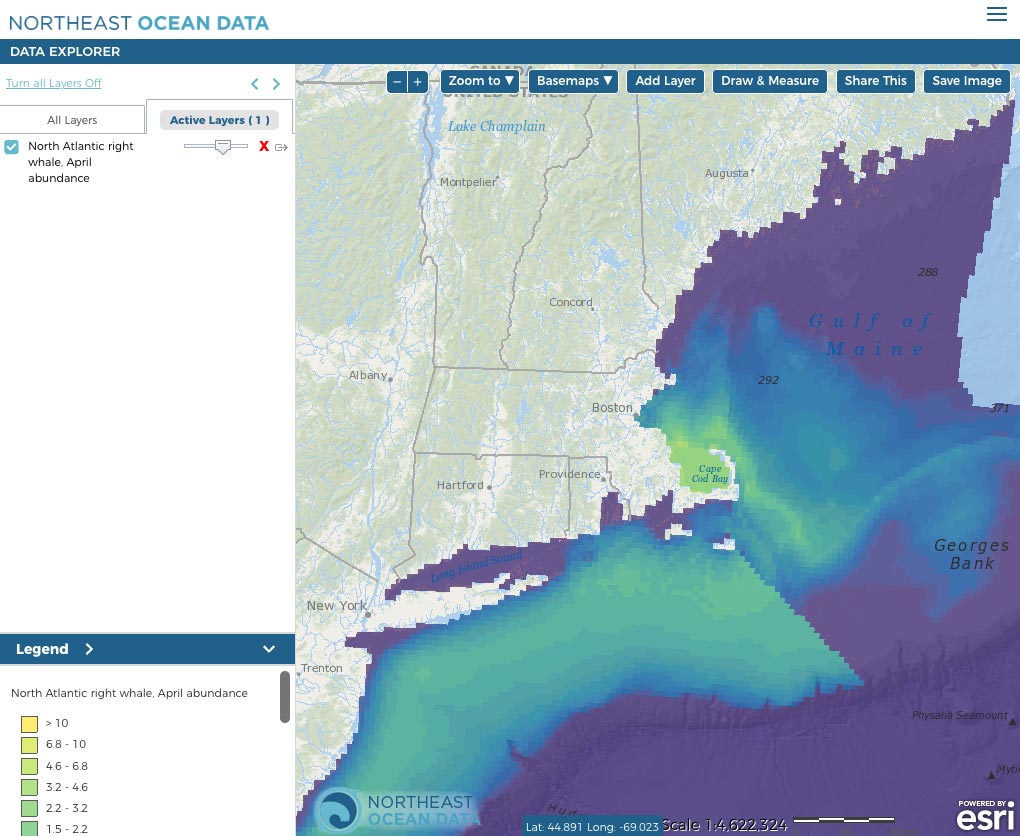 Data Explorer showing model results for North Atlantic right whale density in April.
Launch Interactive Map
Cetacean data products have been updated several times since 2016. A new North Atlantic right whale model was created by MGEL in fall 2021 with funding from the Navy and NOAA and was reviewed by species experts. MDAT used these model outputs to update the Total Abundance and Species Richness products for all cetacean species groups, including ESA-listed species, Baleen Whales, and others. Additional details on the individual species models and summary products can be found in the MDAT Technical Report. For specific details on the updates to the individual species model for North Atlantic right whale on the Portal (version 11.1), see below and visit the MGEL model history page.

The new North Atlantic right whale new model density maps summarize the era 2010-2018, reflecting the apparent major shift in right whale distributions around 2010. This 2010-2018 era is the recommended density surface for management decisions. For comparison, results were also summarized for two additional eras, 2003-2009 and 2003-2018. These other results are available for download from the model history page.

Model resolution was increased to 5km X 5km grid cells, while the prediction units remain the number of animals/100km2. Summary products for groups that include North Atlantic right whales remain at standard 10km X 10km grid cell resolution. In addition to updating the methods for modeling the density predictions and uncertainty products, the following additional changes were made to the right whale models:

Users may notice that some of the North Atlantic right whale monthly layers contain linear patterns extending from Nantucket Shoals out to the shelf break. This pattern is the result of the boundary between model domains that was used to best represent right whale numbers north and south of Nantucket. As noted in the model documentation, this is an area where right whale densities have been changing in recent years and so caution should be used when interpreting predicted density values near this boundary. For questions regarding model interpretation in this area or in general, contact Jason Roberts at Duke MGEL (jason.roberts@duke.edu). 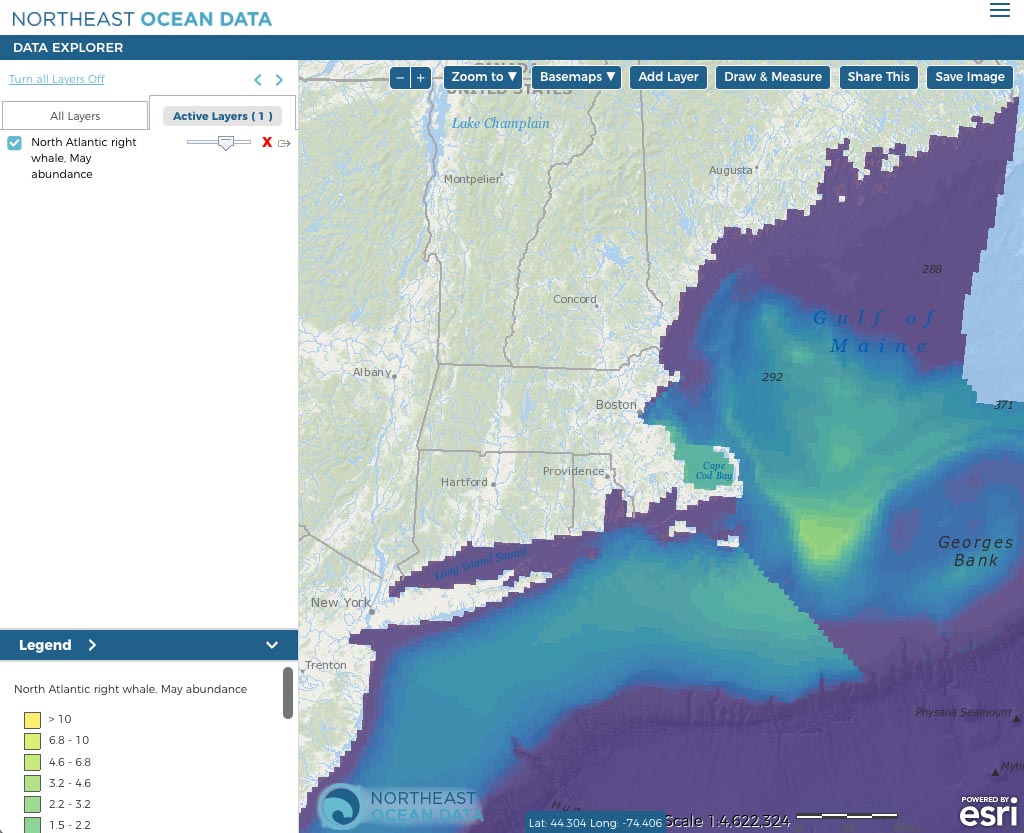